This page may contain affiliate links for products that I have personally tried and recommend. As an Amazon Associate I earn from qualifying purchases. See my disclaimer for full details. 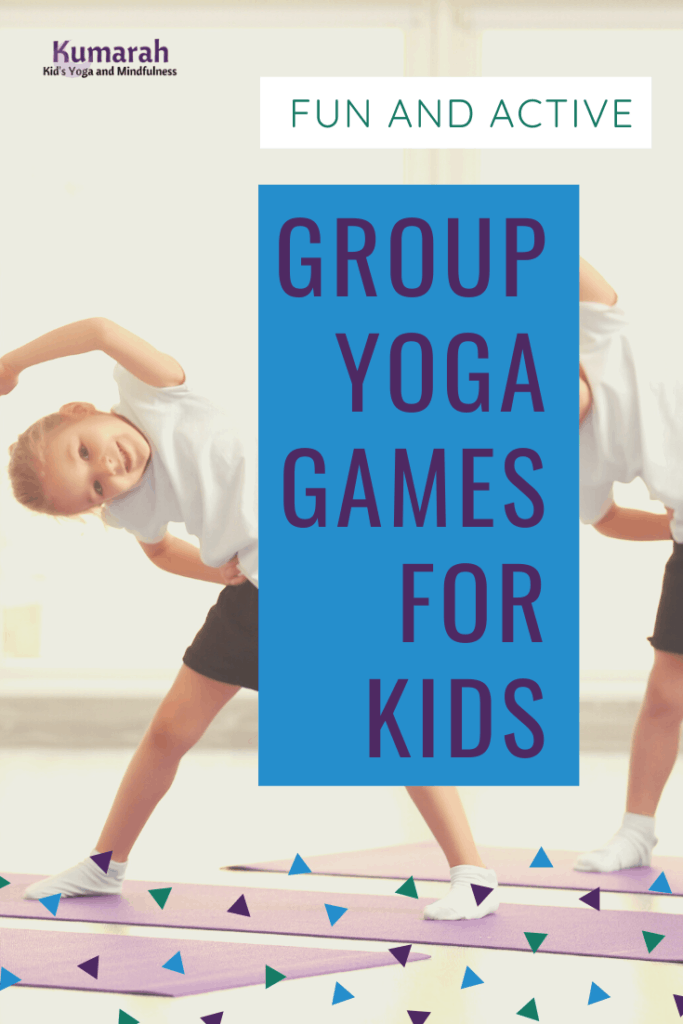 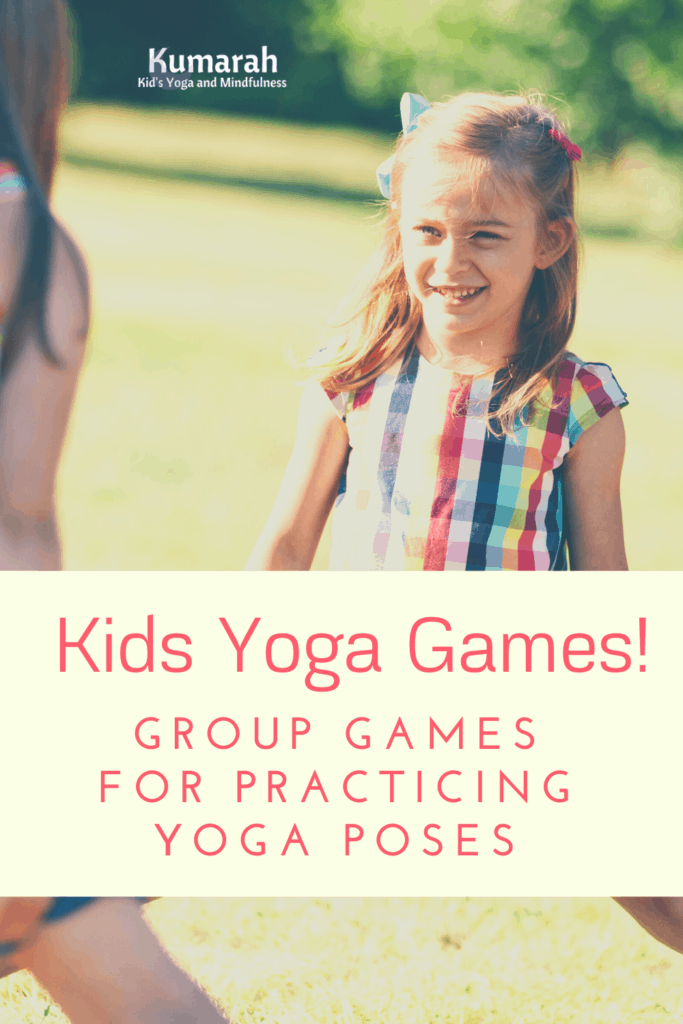 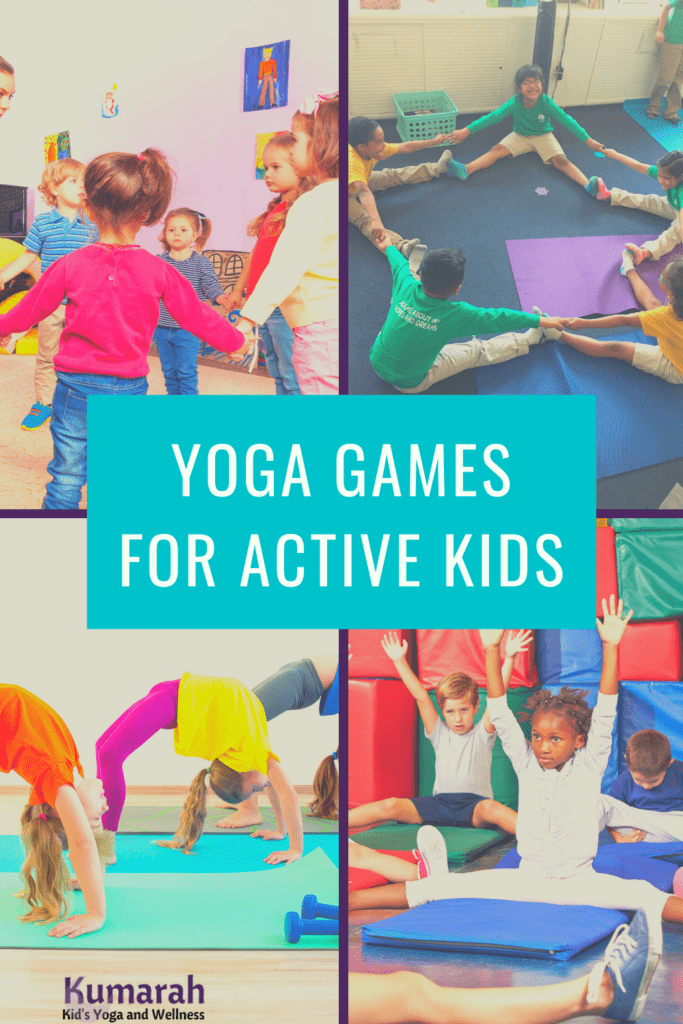 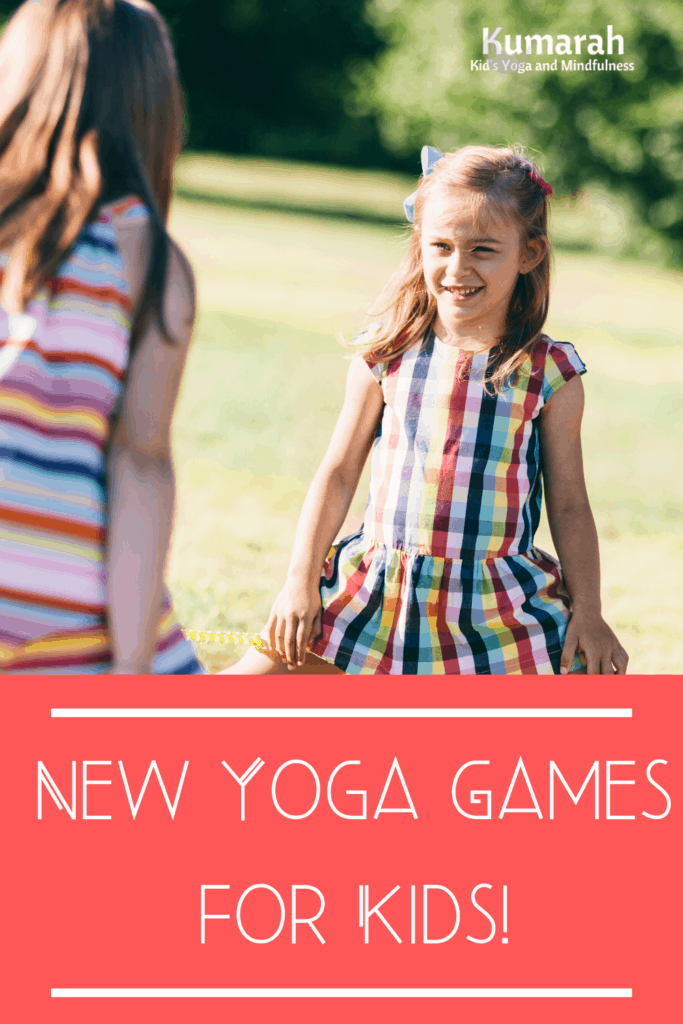 We all know that it’s super important to get kids moving and active; playing yoga games is one way to do that.

Sitting all day is not good for much.

And with the Coronavirus and so many more kids sitting longer in front of screens right now, we need to make sure we are doing even more to get them up and moving.

Kids need lots of opportunities for movement and mindfulness breaks and:

The yoga games below can be used in a classroom, or at home to bring more activity and fun to their day.

First, make sure you go through ground rules with kids.

The yoga games will go MUCH more smoothly if the kids know exactly what it is they can and cannot do.

Use a teacher trick called “Interactive Modeling” when teaching brand new yoga games to a group of kids.

So, once you set up the kids for success by going through the rules, get to the playtime!

Here is a good list of kid’s yoga games that you can play with groups of kids or at home with your kiddos as well.

This is definitely an all-time favorite.  There are a few ways to play, but I have my students play in a circle, which I have found works best.

The premise is that you are a museum, and all of the kids are statues.  They have a secret power of coming to life though, like in the movie “Night at the Museum.”

One person, the curator (or watchman) stands in the middle of the circle and the other students all pose as statues, preferably based on yoga poses. Once the curator is NOT looking, the statues come to life and are able to morph into different statues.

If the curator sees them moving, they are “caught” and have to sit down. The last one standing wins!

Rules for Museum in my classroom:

This game is best played when kids already know a dozen or so different poses that they can “morph” between.

I find posting up kids yoga cards on the wall or showing them on the screen ahead of time helps them remember what they can choose from.

Check out my recommendations for Kids Yoga cards available on Amazon in this post here:

Or, grab my set of 100+ digital Kids Yoga Cards for a Yoga Flow to use as inspiration for the poses for the game!  Get them here.

This game is super fun for kids of all ages. I had to come up with lots of “comptetitve” games for my middle school students last year and this one was a big hit.

Each student got a beanie baby and had to find a way to balance it on their body in different poses and as we moved through a Yoga Flow.

So, grab a stuffed animal, let kids know how and where to balance the animal for each pose, and see how long they can keep it from falling! Add more balance poses for older kids, and more movement for littler kiddos.

Here’s a video of a modified kid’s yoga sequence with the balance challenge game. I used Meddy Teddy, the posable Yoga bear in this video. If you don’t have him yet, get one NOW! He is the best tool for kid’s yoga classes I have found!

This is a newer yoga game that I let students choose to play at their choice stations or centers. They usually play in groups of 2-5 students, taking turns and staying on 2 or 3 mats.

One person rolls the dice (either normal dice or these fun foam ones) and they check the poster or print-out to match the number with a pre-assigned yoga pose.

Everyone playing should hold the pose for a count of 10 “Mississippi’s” (ten slow seconds). To give them an extra challenge, see if they can build a sequence as they go, adding on to the end with each subsequent roll of the dice.

Grab your free yoga dice game from my Free Resources Library by signing up for the 7 Days of Kids Yoga and Mindfulness here!

There are two game boards in the download, one with 11 poses, or one with 6 poses.  That way kids can either practice adding two dice or just practice rolling and naming numbers on one die.

You can make it into a sequence builder too, by having the kids write down the order of the poses that they rolled to build a silly routine! We use individual whiteboards, which they LOVE.

Get a free copy of the kids Yoga Dice download here!

Here’s an old favorite with a yoga twist. Kids will move from one side of the room to the other, towards the caller (the person saying the color of the light).

The goal is to be the first one to reach the caller or the opposite side of the room.

Kids will be “out” or told to go back to the beginning if they are doing the wrong type of movement or don’t switch quickly enough. I usually reserve this power for myself instead of the caller to avoid arguing between kids.

This one is a game I learned from our P.E. teacher because it’s faster paced and uses more energy.  It’s great for older elementary kids, but I have played with kids as young as 5.

Prep for the game by teaching kids wide-legged forward fold. Feet are glued to the ground wider than hip distance apart, toes facing forward.  Bend at the hips to lean forward and reach the ground.  You may bend your knees slightly.

When you have them in the circle with all the kids standing in a wide stance and their feet touching their neighbors, each student will effectively have made a “goal” that is between their legs.

Roll a dodgeball-sized ball (not too hard) back and forth and across the circle to try to score goals by getting the ball to roll between someone’s legs and out the circle. Each kid has to protect their own goal by hitting the ball away from their legs as it gets closer.

If the ball goes between someone’s legs they are “out” and either leave the circle or they can sit down in wide-legged forward fold. If they do the latter they can still play as long as they don’t grab the ball.  This is sometimes the better choice because readjusting the size of the circle can be tricky.

You guessed it, get yourself a classic set of Jenga blocks and write or draw yoga poses on some (or all!) of the pieces.

This game is excellent for mindfulness as well as practicing yoga, since the pieces have to be removed very carefully and you have to be thoughtful about which block you choose.

Take turns carefully removing a block, then the whole group or class should do the pose together for 3-5 breaths.

I like to have the student who removed the block show the group how to do the pose.  Then they can place it carefully on top of the tower to watch it get taller!

You can use a regular set or these jumbo blocks, which are a little easier to draw on.

If you don’t want to draw poses or write them, you can write numbers on the blocks instead. Then make a numbered list of poses to project on the wall or print out to bring along.

Around the World Yoga

This is a game I just started playing this week! A 5th grader had the idea and we tested it out, it worked great! I played with kids as young as 7 years old and up to 13– they all loved it.

Around the World works best in a circle, but you can also make it work in rows.  Two kids start standing and the rest sit and watch (and help judge if needed).

The teacher (or a caller) shouts out a yoga pose name. The two kids standing must do the pose as quickly and correctly as they can.

The fastest one to do the pose correctly is the winner and gets to advance to the next players. They get to keep advancing until they lose, and then they sit down in the place of the person who won against them.

(This means that they can keep track of how many places they advanced and can eventually determine a winner based on how far they got around the circle).

It works best if the kids know the pose names really well. My students do the Yoga Flow Poses every day and we have it posted on the wall, so that helps them a lot.

If you don’t have the Yoga Flow poses, check out these other sets of kids yoga pose cards that can help kids learn the names of poses quickly!

Another great classic game and easily adopted for yoga. It’s good for learning new poses or reviewing ones that haven’t been practiced for a while.

I use this adorable card deck. It has each pose in the deck twice, once with just the image, and the other one has the pose in a smaller format and a description.  The other side of all the cards is a blue design.

We also have started playing these 5 yoga games from my Yoga Games for Kids Bundle.

I let them play by themselves in centers, or we break into small groups and they all play at the same time. They are great for playing at home, too!

Well, I hope you enjoyed this round-up of yoga and movement games for kids!

What other games have you played with kids to incorporate yoga and movement?

Here are my other posts on Kids Yoga Games:

This site uses Akismet to reduce spam. Learn how your comment data is processed. 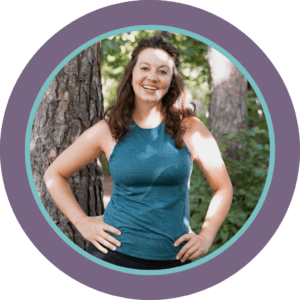 Thank you for choosing Kumarah as a space to learn about yoga, mindfulness, and wellness for kids and families! I am an 8-year veteran of teaching yoga and mindfulness full time in schools as a Specials teacher. I work with kids ages 4 to 16 every day, and also make it my part time job to educate other teachers, parents, and professionals through this website. Read, watch, explore, and reach out with any questions :)

How to Make a Mindfulness Glitter Calm Down Jar

The Most Fabulous Books for Teaching Mindfulness to Kids

8 Amazing Videos to Teach and Practice Mindfulness with Kids

Yoga Flow: Quick Yoga Sequences for Kids to Slow Down